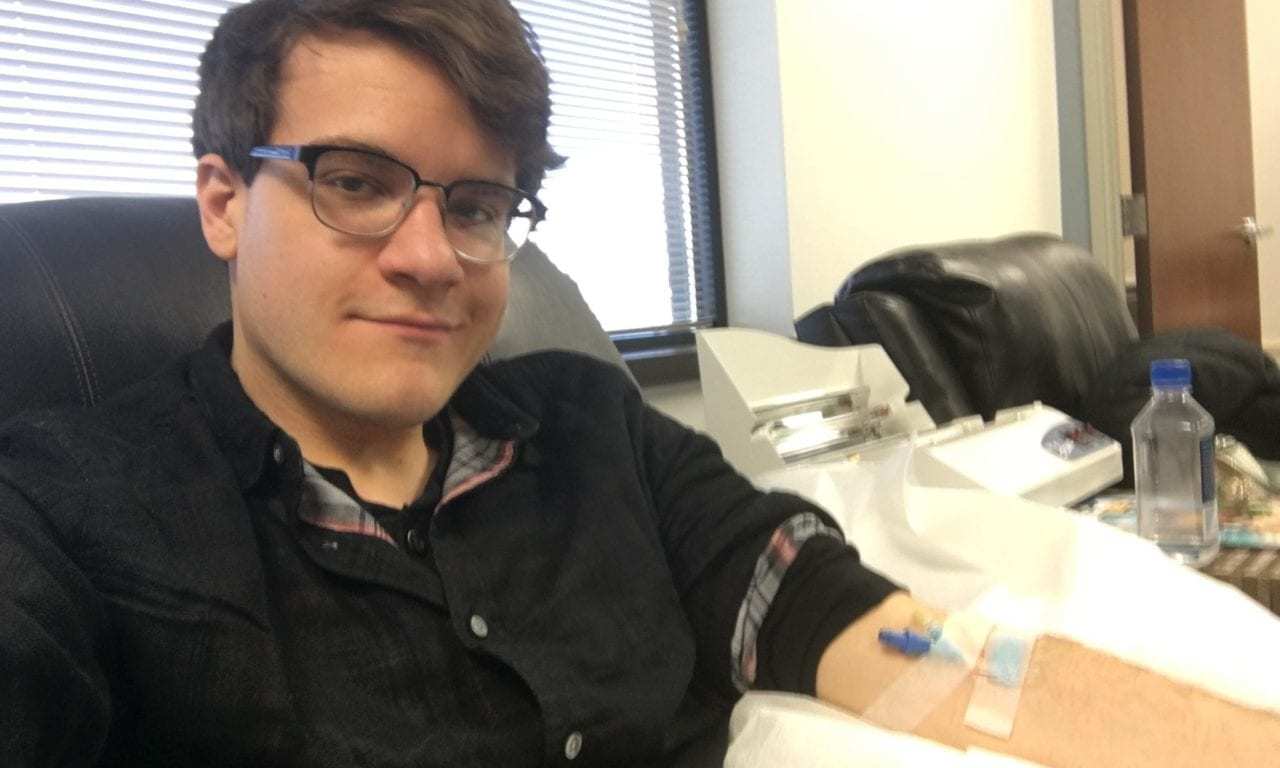 After a few years of continuing natural therapies with my PCP, I found myself getting better each day, with my doctor believing I was coming closer to remission.

Nosediving Into the Abyss

Yet, the tides began to change as I became accustomed to my newfound health.

I took a massive nosedive back into what my doctor called the “infectious process.” Baffled by my condition, he had thrown everything into his arsenal, from Vitamin-C therapy to ultra-violet blood irradiation treatments (UBI therapy).

Nothing was working, and I continued to grow sicker by the day. I lose more weight than I could fathom, struggling to eat, as my body mass index (BMI) became dangerously low.

I fell into a never-ending nightmare, where my nights were filled with insomnia, horrible and crippling anxiety, and racing tachycardia (racing heart). My head felt as if it had worms crawling out through my scalp.

I was at my wits end, while considering taking my own life to end my suffering and pain. While I never contemplated suicide in my lifetime, nothing seemed more appropriate at the time.

The Taste of Cold Metal

In my younger years, I was a victim to bullying and body shaming, all because of my weight. In combine, the pain I was enduring with the incessant bullying, made death appear the most rewarding. That experience could encourage anyone who is susceptible to such pain, rationalize the logic behind ending one’s own life. I recently spoke out on anti-cyberbullying for a national movement started by an attorney.

Day after day, I would struggle as if it was my own mental tug-of-war, on whether I should end my life and why I continued to endure the pain and suffering I had.

I recall one night while everyone in the house was sleeping, I awoke shivering with pain and anxiety, coming to the conclusion that it was time. With a gun in my mouth and tears streaming down my fact, thoughts raced through my mind as the cold metal pressed against my tongue.

But, then something else took over. A thought that began to overpower me. I didn’t want to die like this. How could I let this disease win? But more importantly, how could I do this to my family?

My mother, who had been by my side through the whole thing, despite her having a brand new business to manage while going through a nasty divorce with my alcoholic father, certainly didn’t deserve this. How could I do this to her?

My sister, my best friend whose side I never left, would be left without me. She was always by my side. What would she do then? Who would be the positive male influence in her life? How could I do this to her?

My aunt, who helped pay for my numerous treatments and therapies, despite the costs, would be left with what? Talk about a return on investment. How could I do this to her?

My grandma, who has done everything for me—from cleaning my bed and providing constant support, to cooking up healthy meals to feed my sick body. How could I do this to her?

Tears flowed down my face like a river that never met its end, until I had the strength of my own to put the down and back underneath my bed. I just couldn’t do that to my loved ones who loved me and gave me everything so I would have the strength to continue fighting. For them to come in and not only see my struggle, but wake up to my cold, lifeless body on the bed—there would be no greater sin.

I chose to continue the struggling fight and prayed every night for a miracle to happen. Through this journey, I eventually gave up on religion (or so I had thought), not understanding how there could be a higher power who would allow me to suffer as I had been. My doctor on many occasions, told me to continue to pray while he found the answer that would heal my body, mind, and soul.

Despite his divine attempt, I saw no reality to my never ending nightmare. As I fell asleep one evening, thanks to some sleeping aids, the blessed virgin (yes, I was raised Roman Catholic), came to me in my dreams. I couldn’t make out her face, but I heard her soft voice bringing tears into my eyes.

A gorgeous blue veil covered her face, and the warmth I felt brought the entire world into my looking glass. For those few minutes, I truly believed the world to be made of pure love while I existed with no pain and no suffering.

“Mary, please take me,” I begged, “as I cannot bear my suffering any longer. I cannot keep going. There’s absolutely no way I can do this.”

“You can and you will,” she demanded. “For I have seen it; you must be there for all who suffer with this, and lead them all back to health.”

“Not to worry,” she told me. “All will fall into place…in time.”

The Bells Began to Ring

I awoke the next morning, the pain started and a new day of suffering again. I felt as if I had just hallucinated the entire event, or maybe it was my Mom checking in on me while I was sleeping?

But, was it real? Did I really have a moment with this vivid blue-veiled woman?

Later in the week, I received a phone call from my doctor’s office. It was my nurse, telling me excitedly, that the doctor had discovered the problem I was suffering from—a mutated form of mono or Epstein Barr Virus (EBV), which was preventing me from recovering fully.

He told me of a new therapy he was testing on a selected group of patients, and that I was the prime candidate for the procedure.

“You see most patients can get better with dieting and vitamin therapy alone, and be fine for years and years,” he told me. “But, there is a one percentage that you fall into.”

This condition explains why some people with Lyme disease who are placed on western antibiotics, make recoveries in days, while others have one or two stubborn symptoms that continue down a long, painful journey. It’s very much up to our genetics.

In Part 1 of my story, supportive oligonucleotide technique, or SOT, was the last means of defense at the time for my condition. I had heard it was making good headway overseas in Europe for Lyme victims, and my doctor wanted to test it on me.

SOT is not a genetic therapy, as is most antisense treatments and no genotoxic (chemo) drugs are used. It has the ability to induce apoptosis (cell death) in cancer cells, tumors, EBV cells, lyme cells, and can travel the blood brain barrier with ease.

SOT will remain active in the blood stream for approximately 14-16 weeks (maybe longer) per dose. Why?

The mRNA actually features a stealth like ability that keeps the body from recognizing and destroying it. In effect 24 hours a day, 7 days a week, SOT has no reported decreased efficacy with any concurrent technique, except chemotherapy and/or radiation.

This was my miracle. This is what the blue-veiled woman told me in my dreams. But it was no dream, it was a sign. My faith began to reappear as my doctor told me that there could be “minimal complications,” but who cared? I was in so much pain anyway that nothing scared me at this point. 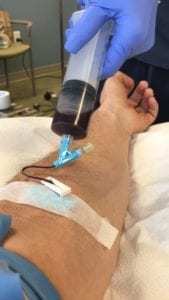 “Order it!” I said. They took a huge pint of blood from my arm and off it went overseas to Europe to the RGCC Group, the only lab that would perform this therapy.

Originally intended for use in cancer patients, the Group was beginning to discover its capabilities for Lyme MSIDS patients quite well!

Today, SOT has remained my miracle and time after time of receiving it, has allowed me the means of recovery I so desperately desired for as long as I could remember.

After my second treatment, I finally felt human again. My body had been ravaged by disease, so I knew it would be some time before I really noticed the full effect of recovery, even with the proper treatment.

Thinking back to how I almost ended my life, I see this nothing short as a miracle. I can’t imagine going through what I have on my own, and had it not been for my beautiful family, I wouldn’t be writing to you today, thriving….living.

To Pass Onto Others 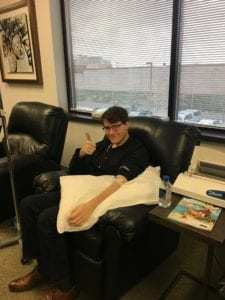 While I realize others aren’t as fortunate, there are still those individuals out there who continue to suffer with no treatment available.

Or, these individuals are in a vegetative state where they are unable to care for themselves. The Center for Disease Control (CDC) has a number of reasons for its difficulty addressing Lyme disease and its relatives. But, I believe their models for Lyme disease treatment are so outdated you could practically see the mold growing on their systems.

It’s a travesty and one reminiscent of the AIDS epidemic in the 1980’s. Without a shadow of a doubt, this day shall be the reckoning on the day western medicine should ask for forgiveness for not listening and believing.

So, I urge the entirety of the medical community to please take a look outside of the box and believe what your patients are telling you. If you don’t understand your patient’s condition, ask. It’s not always black and white, and certainly, don’t give up on us.

To the many families who watch their loved ones struggle, I urge you to look to western and holistic medicine, together, to help create peace for the world.

Lastly, I urge my friends who sit in silence, to never give up.  We must all change the world for the better starting with our minds and the willingness to help others. And we must remember there is always hope as long as we have the will to go on living and loving.

Please read Part 1 of my story to see how this began..