A new study shows that soldiers with traumatic brain injuries often endure unbearable emotional suffering when they return from Afghanistan and Iraq. 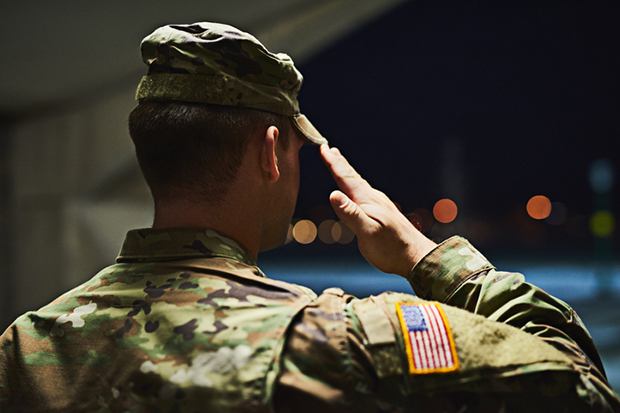 Traumatic brain injury (TBI) has been called the “signature injury” of combat veterans returning from the Iraq and Afghanistan wars. As many as 23% of veterans of these conflicts return home with a TBI as a result of an explosion, objects hitting their heads, falls or other causes.

The study, co-authored by Rachel Sayko Adams, scientist at the Institute for Behavioral Health at the Heller School for Social Policy and Management, appeared in the Journal of Head Trauma Rehabilitation in September.

TBIs, which run the gamut from a concussion to severe brain damage, can cause headaches, sleep disorders, memory problems, slower thinking and depression. They’ve also been linked to mental illness and drug overdose.

According to the Department of Defense, 22% of all combat casualties from Iraq and Afghanistan result from brain injuries, roughly double the rate of the Vietnam War.

Roughly 57,000 vets from the Afghanistan and Iraq conflicts are being treated or evaluated for TBI or possible TBI-related conditions in the U.S. Department of Veterans Affairs’ healthcare system.

According to Adams and her colleagues, their findings suggest medical practitioners need to pay special attention to veterans with TBIs to identify early risk factors for suicide.

Doctors often fail to diagnose TBIs because they can be overlooked amidst other behavioral health problems following deployment. Since TBI symptoms can show up months, even years, later, medical practitioners should screen for TBI on an ongoing basis, Adams said.

Also, the results from the study suggest that veterans with a history of moderate or severe TBI would benefit from talking with a provider about safety planning in relation to firearm access, said Adams.

“Healthcare providers can speak to patients who they think may be at risk for suicide to identify objects, such as firearms, that might be dangerous in their environment, and come up with plans or safeguards to try to reduce access to these objects like gun locks,” she said.

The researchers reviewed the electronic medical records of 1.4 million veterans treated at the Veterans Health Administration between 2006 and 2015. They also consulted the National Death Index for information about veteran mortality and cause of death.
Trisha Hostetter, Claire Hoffmire, Jeri E. Forster, Kelly A. Stearns-Yoder, and Lisa A. Brenner from the VHA Rocky Mountain Mental Illness Research Education and Clinical Center in Colorado also authored the study…